Russell Johns, Inc. has continued operations through a transaction with My Classified Ads, LLC 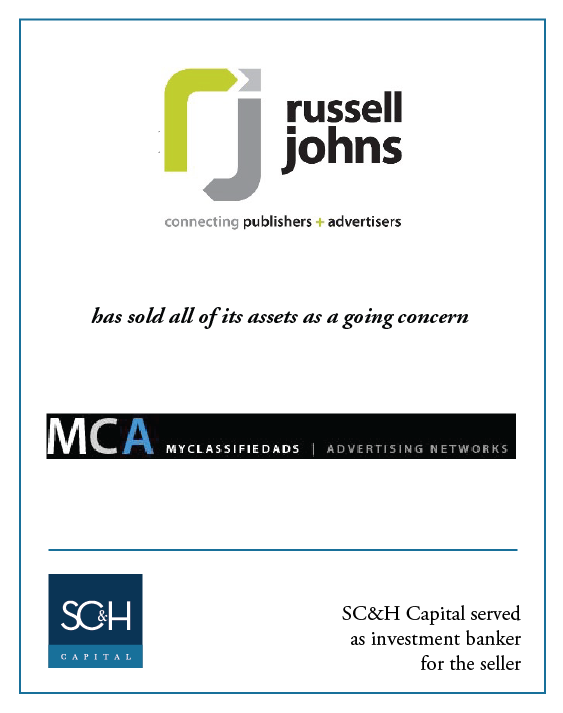 Russell Johns, Inc. – SC&H Capital was retained to find an investor, joint venture partner, or buyer for this 46-year-old Florida-based publishers’ representative.  The creditors of the company were, for the most part, the publishers they represented. The company invested heavily in digital platforms to better position itself for growth and expansion. This investment resulted in a lack of available cash and a subsequent delay in paying their customer-creditors. Eventually, the liabilities reached a point where the company believed it would never be able to catch up.

SC&H launched an intense marketing effort that resulted in two offers from groups willing to buy the company and pay the customer-creditors in full.  The owner decided to move forward with the offer from MCA and SC&H negotiated payoff agreements with seven of the company’s key customer-creditors to resolve the liability and have them continue doing business with new ownership.