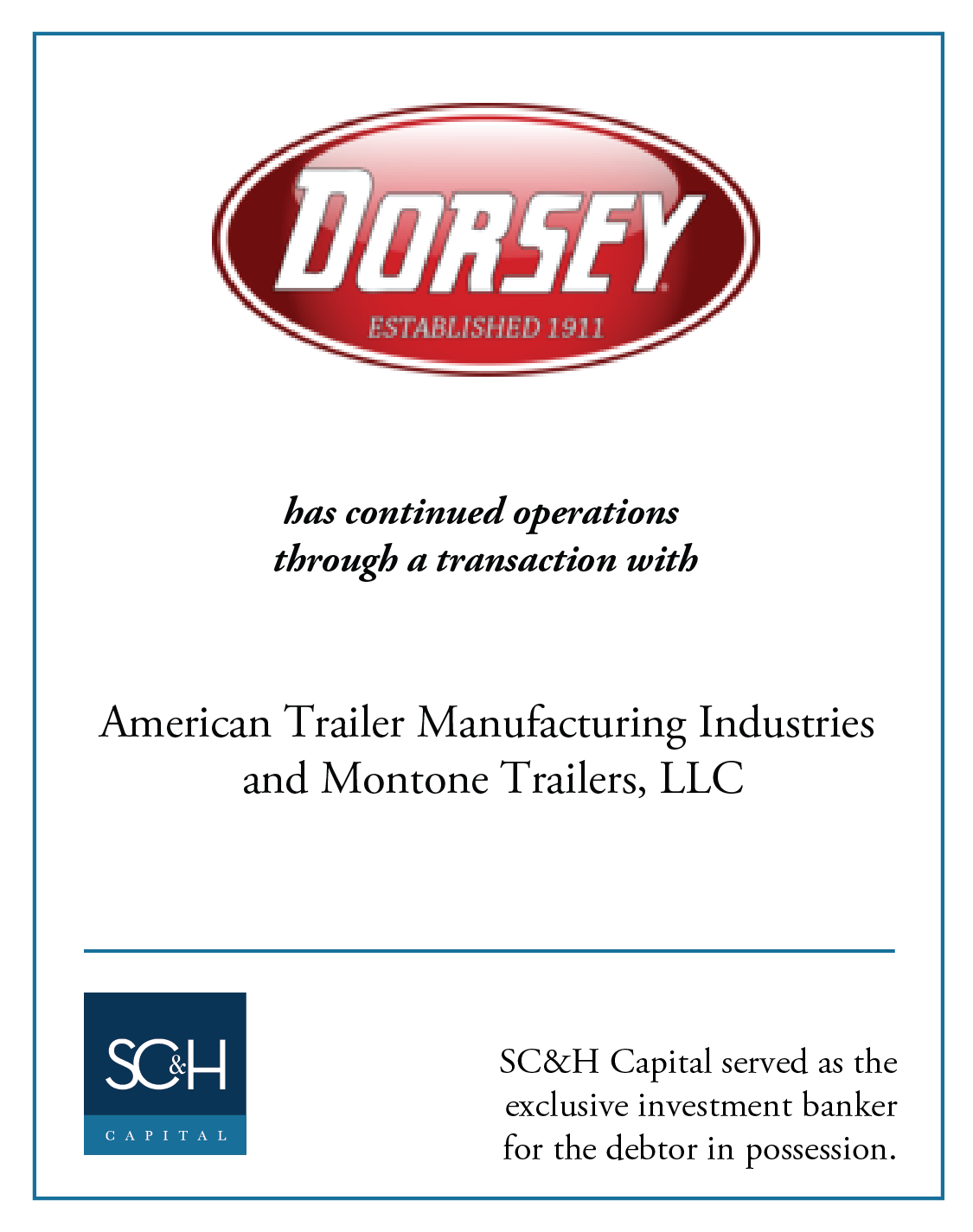 Dorsey Trailers, Inc. – SC&H Capital was approached by the debtor in possession to market the company’s assets which included a dump truck body plant in South Carolina, a flatbed trailer operation in Georgia, and a large cargo body plant in Alabama.

All production had ceased when SC&H was retained, however, through a broad marketing process, multiple parties conducted diligence and submitted offers.  After competitive bidding on all operations, the assets were sold to two separate groups and the sales were confirmed by the bankruptcy court. Operations resumed in two of the three plants, while the assets of the third plant were consolidated into an existing facility.