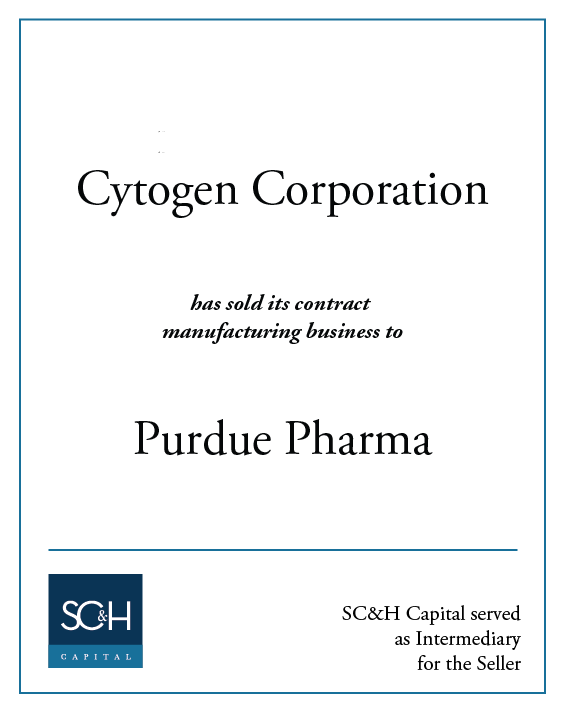 Cytogen Corporation – This publicly-traded, Princeton–based biopharmaceutical company retained SC&H Capital to sell its non-performing contract manufacturing division.  In eight weeks, SC&H had negotiated 50% improvements to initial offers from two separate buyers; both of which retained management and employees, resolved lease obligations, and provided favorable agreements to Cytogen for continued manufacturing of its proprietary products. After SC&H negotiated a long-term lease between the buyer and Cytogen’s landlord, a sale to Purdue Pharma was completed.