Cosmos Granite and Marble has continued operations through a transaction with Justh Holdings, LLC 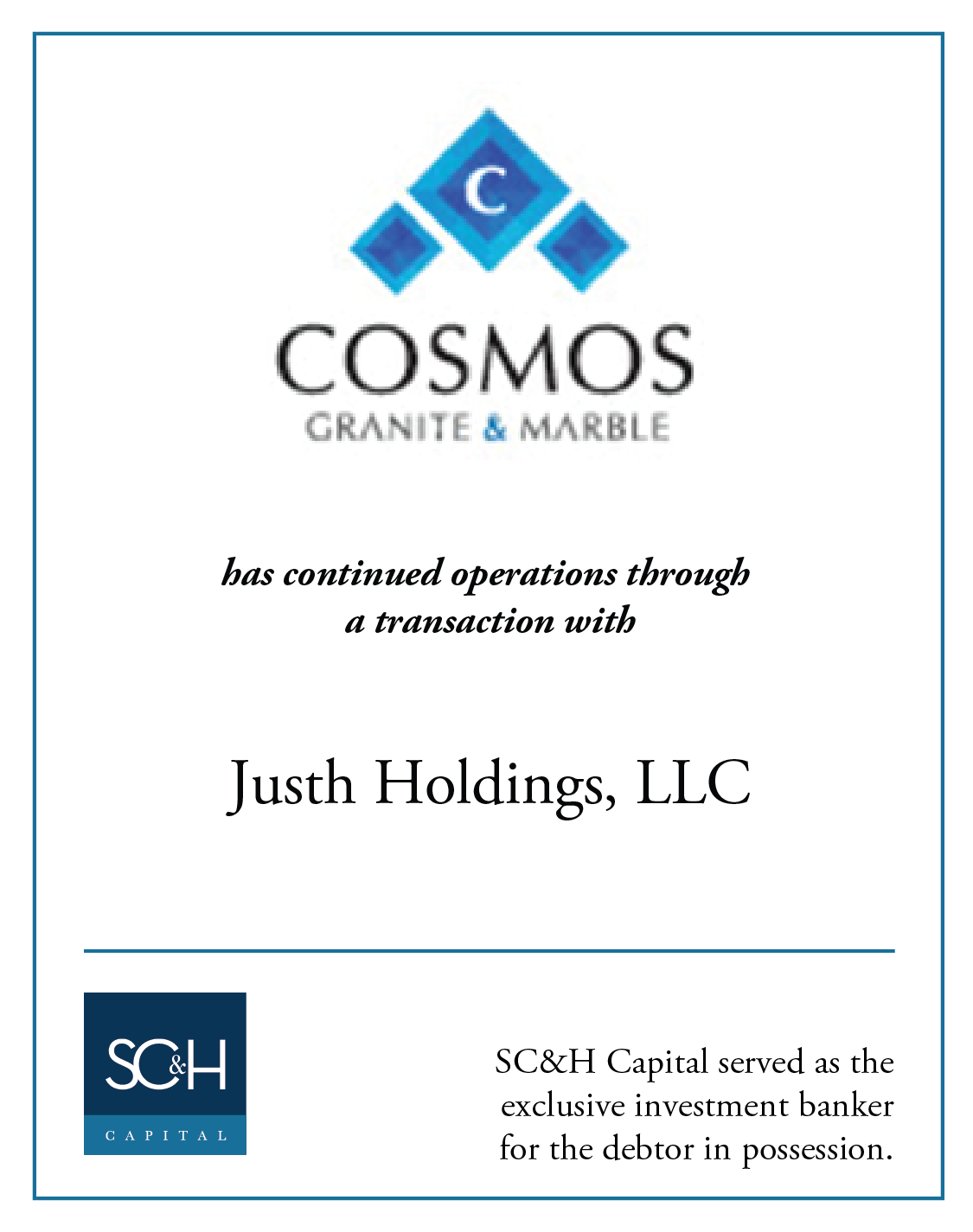 Cosmos Granite and Marble – This division of a family-owned granite and marble distributor required a sale due to a shareholder dispute and a decline in recent sales, which forced the parent company into receivership. Hired by the Receiver, SC&H Capital quickly began to market the company for sale.  Dozens of groups expressed an interest in the opportunity, including some of the larger national and regional countertop distributors. Within 45 days of being retained, SC&H Capital conducted a lively going concern auction with four participants. Following 16 rounds of bidding, Justh Holdings was deemed to have the highest and best offer at a price more than double the initial bid. Following a quick closing, the business continued operations, the lender was paid in full, and most liabilities were assumed.