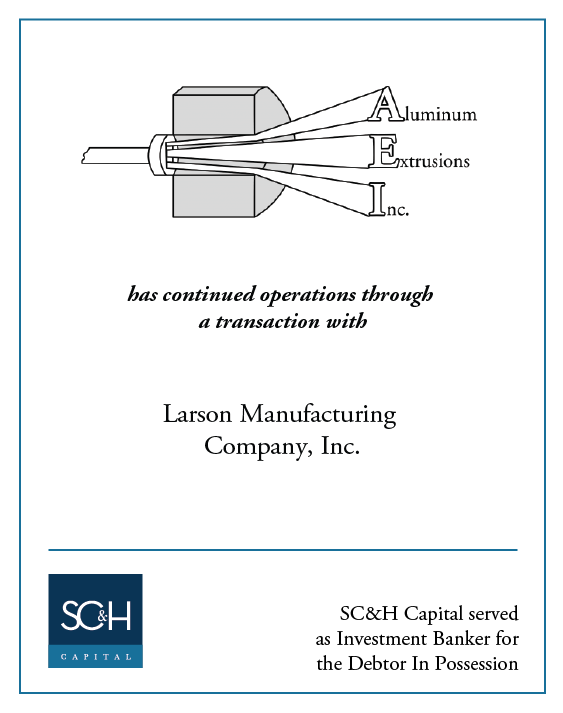 Aluminum Extrusions, Inc. – The company is a Mississippi-based aluminum extrusion provider that serves several prominent window and door manufacturers and had an impressive 25-year history. Prior to SC&H’s engagement, a fire in the paint building shut down operations for months and as a result, a large majority of customers moved their work out of the facility. With no working capital and no ability to purchase raw materials, the company was forced to file chapter 11. Ownership had been trying to sell the company for months, but the lack of a formal process made it impossible to move forward. The DIP financing was running out, and the lenders were pushing for a liquidation.

SC&H Capital was retained to conduct an expedited marketing process and sell the business. A stalking horse bid was selected within five weeks of SC&H’s retention, and an auction was scheduled less than four weeks later.

Through a competitive bidding process, the final sale price increased 69% from the initial bid and closing occurred 10 days later. The entire process from retention to closing was completed within 10 weeks, which maximized recovery for the estate and preserved the current operations and jobs for company employees.