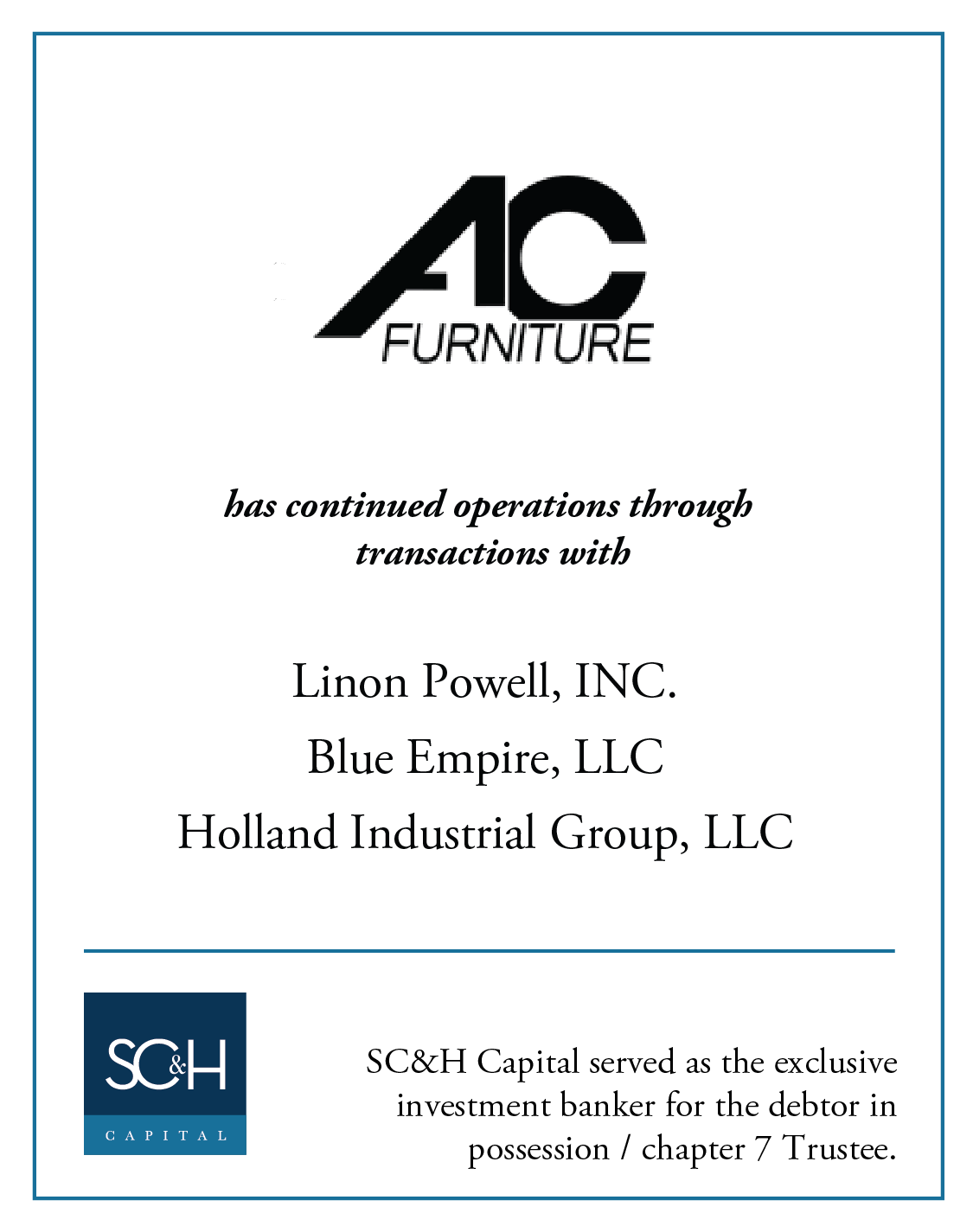 A.C. FURNITURE, INC. – On the last day of February 2020, we were retained in the United States Bankruptcy Court for the Western District of Virginia as the exclusive investment banker for this 40+ year-old manufacturer of commercial seating products. The company had seen its revenues gradually decline over the preceding years, resulting in significant losses. SC&H Capital’s charge was to find a buyer for the business.

The Covid-19 pandemic quickly became a far bigger problem than anyone could have imagined and, watching similar sales processes of other companies’ derail, SC&H was committed to finding a solution for A.C. Furniture. The business was shuttered and employees laid off, yet, with only a short delay to the process, SC&H was able to get more than a dozen prospects to visit the facilities. More than 50 groups signed confidentiality agreements and reviewed the data room. In July, we conducted an auction and eight qualified bidders bid on certain properties or groups of assets.  SC&H generated a nearly 100% increase in values from the beginning stalking horse offers to those at the end of the auction. Linon Powell was the successful buyer of 7 of the 9 bid lots auctioned. Blue Empire and Holland Industrial Group were the successful bidders for two other buildings. As a result of SC&H’s efforts, Linon Powell has restarted operations and hired back some of the employees that had been laid off by the company during the pandemic.