Oracle’s Tax Reporting Cloud (TRCS) is a central repository for your tax provisioning and reporting needs. With a robust set of automated features at their fingertips, your tax team will not have to do as much heavy lifting to get reports out of the door and instead can spend more time analyzing key risk areas such as analyzing the breakdown of total tax to pinpoint tax expense pain points. TRCS supports the following key tax reporting concepts and much more: IFRS, US-GAAP, FIN48, CbCR (BEPS), SAFT, Permanent Differences, and Temporary Differences. This blog is the first in a series of upcoming TRCS functionality overviews and will focus on Permanent Differences.

In TRCS, Permanent Differences are automated based on definitions established by the users of the application and maintained by the system administrator. Once the definitions are set they can be changed, but our recommendation is to only give that control to a select group of users. In the sequence of screenshots below, you will see how the Permanent Differences automatically flow from the P&L to the Current Tax Provision and the Current Regional Tax Provision.

The screenshot below shows the full ledger balance for Meals and Entertainment:

The screenshot below shows the Meals and Entertainment balance in the Current Tax Provision being reduced by 50% from the P&L Ledger Total using the Permanent Differences functionality.

The screenshot below shows the Meals and Entertainment balance in the Current Regional Tax Provision being reduced by 50% from the P&L Ledger Total using the Permanent Differences functionality.

TRCS functions in a similar way to other Oracle EPM Cloud platforms, where the majority of data inputs and driver/metrics updated are captured through data forms. Permanent Difference percentages can be updated through the use of the following Tax Automation Form in TRCS:

As shown in the screenshot above, TRCS allows for differences to be configured at the Global, Domicile, and Entity level. This way, your tax automation rules aren’t tied to a rigid set of global standards.

If additional Permanent Differences need to be added to the application, this can be accomplished by using the following screens:

Step 1 – Navigate to dimension editor and search for TRCS_PermSTTotal 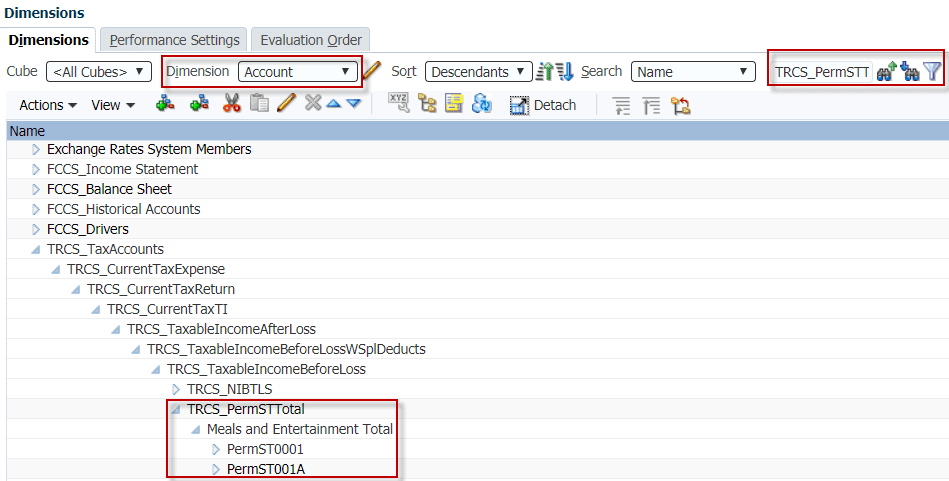 Best practice selections for most Permanent Differences are shown below in red. 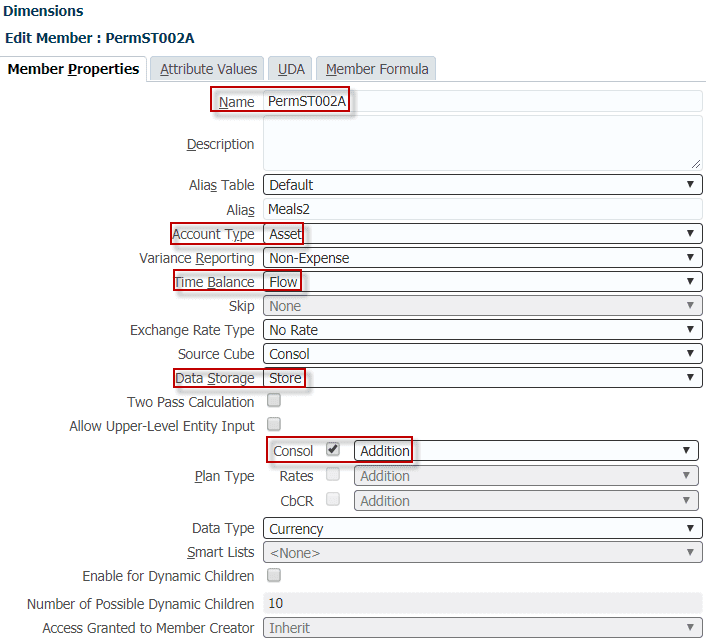 Tax Type, Tax Data Type, and Consolidated ETR are required selections. However, please choose the selections under each of the above attributes that are correct for your specific Permanent Difference. 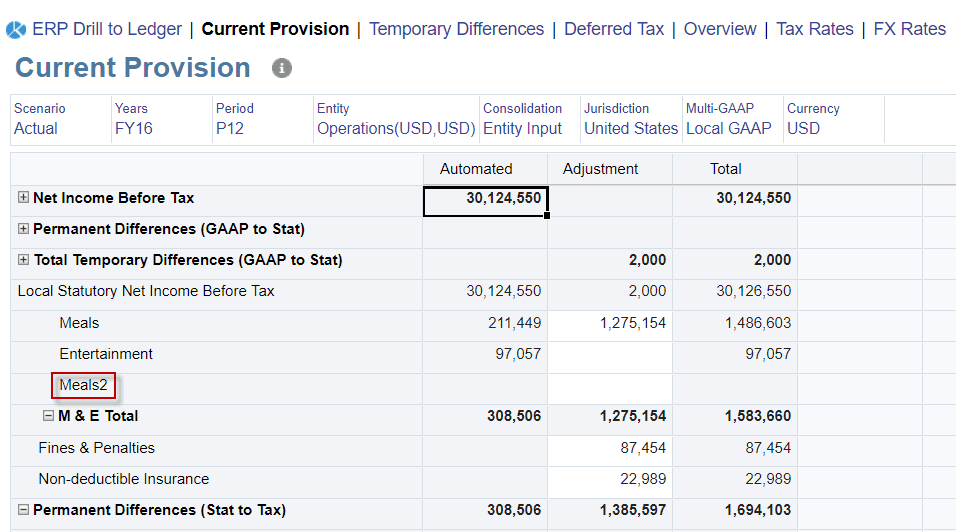 Need some help with Permanent Difference functionality in TRCS? Connect with our team today.