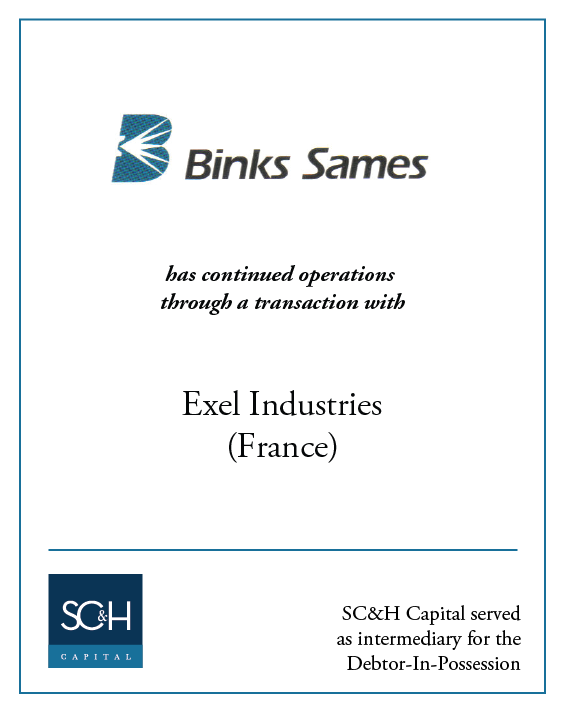 Sames North America – This Illinois assembler and distributor of electrostatic paint spraying devices used in automotive plants hired SC&H Capital to sell the company. Ownership believed a key supplier was the only possible bidder, other than a competitor who had previously made an unsatisfactory offer that would have paid off only the secured debt.

SC&H generated four additional offers in 5 weeks.  An auction of qualified bidders occurred at the sale hearing with Exel Industries of France (the previously mentioned supplier) being the high bidder.  The competition from SC&H’s process caused an increase to their original offer of more than 100%, allowing for full payment of all the creditors and administrative expenses and leaving a seven-figure payout to the shareholders.