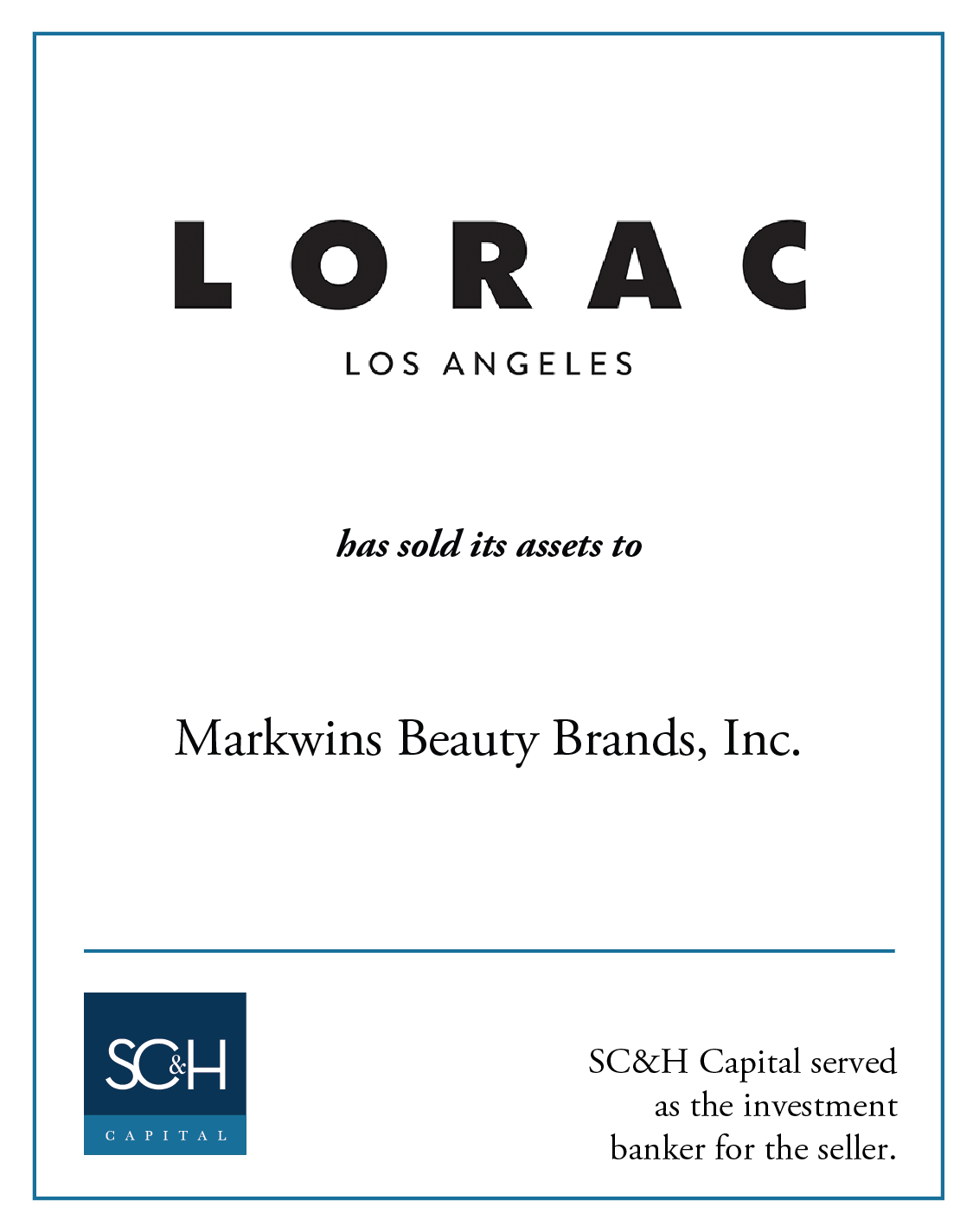 LORAC Cosmetics, LLC – This prestige category, color cosmetics company was purchased in late 2015 by a private equity group that planned to aggressively grow top-line revenue by introducing new products and strategies. Ultimately those strategies failed, and revenues dropped significantly. With no clear path to restoring the brand, the secured lender stepped in and began to market the assets to a limited number of groups. When those efforts proved unsuccessful, SC&H Capital was retained to sell the company.

Within three weeks, SC&H solicited a stalking horse bid and the lender agreed to provide them with certain protections. After quickly going back to the market for overbids, SC&H conducted an auction among the stalking horse bidder and one additional group. Through competition, the bid doubled, and the company was sold to Markwins Beauty Brands, Inc. Closing occurred two weeks after the auction, employees were retained, and vendors were able to continue working with the company, which is now properly capitalized and strategically better suited for success after being acquired by an industry group.

SC&H Capital was awarded the 2019 Small Market Turnaround of the Year for the LORAC transaction by Global M & A Network.