Wright Plastics Company has continued operations through a transaction with Bemis Company, Inc. and to Michael Fox International 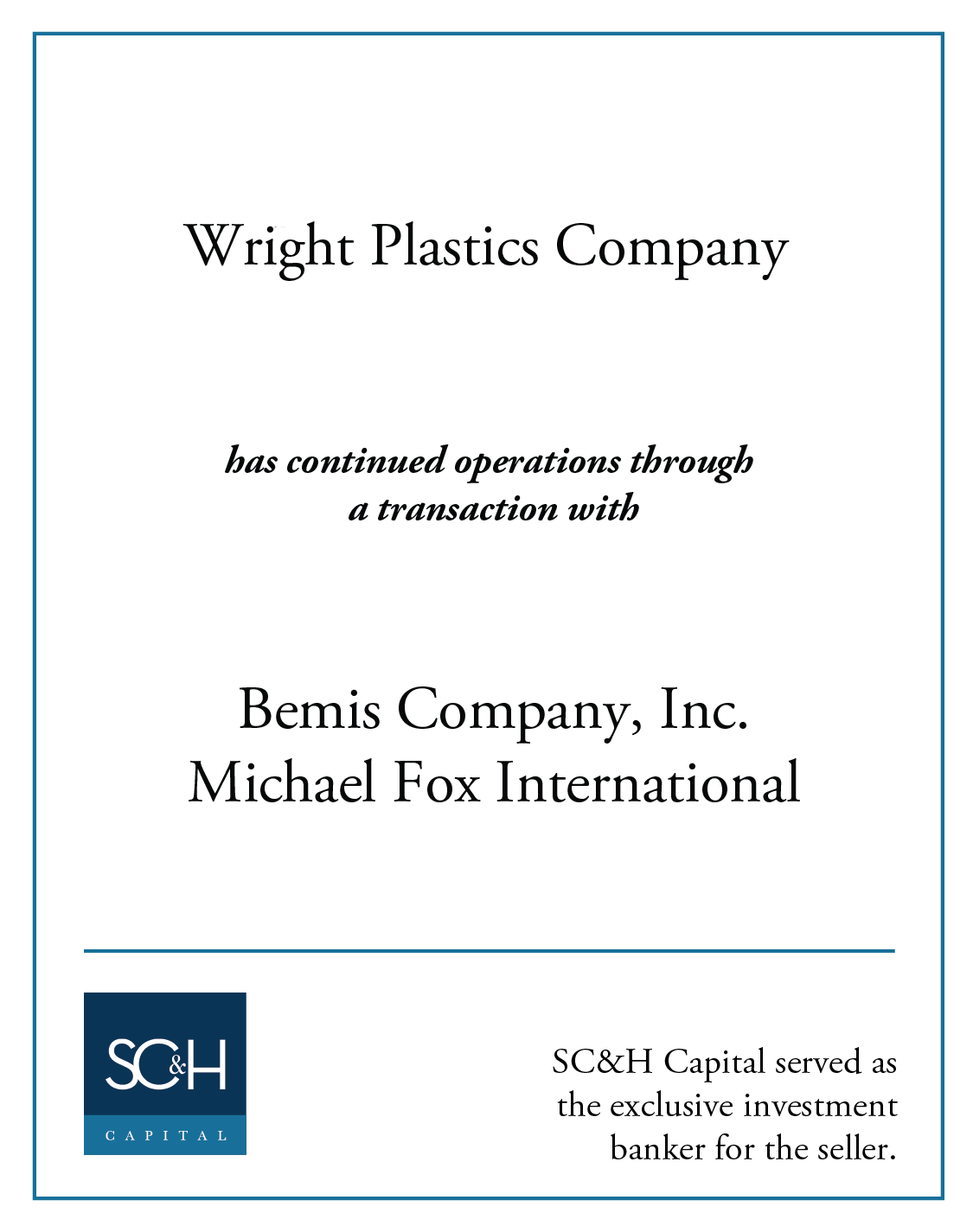 WRIGHT PLASTICS COMPANY – This manufacturer of blown polyethylene film and bags had shut down both of its plants. One, in Atlanta, was an antiquated plant, and one, in Prattville, was a newer, state-of-the-art facility with no sales to speak of. SC&H Capital was engaged. SC&H Capital negotiated with users and liquidators on the machinery and equipment. Shortly after being retained, SC&H Capital had conducted a worldwide marketing campaign and was in receipt of written offers and deposits from eight buying groups. The Prattville plant, excluding inventory and receivables, was sold to Bemis Company, Inc. for $9,100,000 and Bemis resumed operations at that facility. Simultaneously, the machinery and equipment in Atlanta were sold to Michael Fox International for $810,000. SC&H Capital negotiated with Industrial Revenue Bondholders and real estate owners to allow for the sale of the leased real property in Prattville, which was critical to maximizing the purchase price on the owned assets. Additionally, SC&H Capital brokered a consensus among various secured creditors as to how sales proceeds would be allocated and liens released.