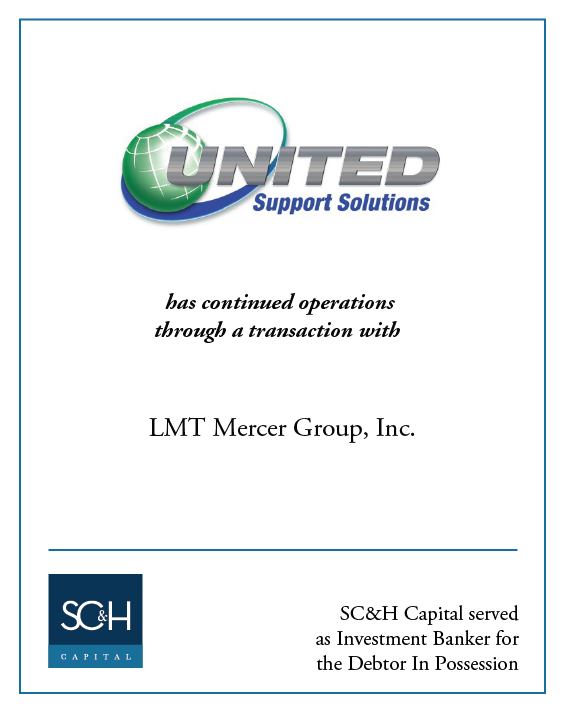 United Support Solutions, Inc. – Founded in 1980, this precision fabrication, machining, and finishing company had grown significantly and recently won a five-year, $37.4 million government contract. Unfortunately, after investing close to a million dollars preparing for the new contract, sequestration hit, and the contract was pulled. This led to a significant cash constraint and combined with a reduction in revenue, it became untenable for the company to continue operations under its existing debt structure and was forced to file chapter 11.

Prior to the filing, the company had been negotiating an offer which eventually became the stalking horse bid, but without subjecting it to competition, the creditors were unwilling to agree to the sale. SC&H Capital was retained and given 30 days to market the business to either find a competing bid or prove the stalking horse was the highest and best offer available.

After completing an exhaustive marketing process, SC&H negotiated a qualifying offer in excess of the stalking horse bid and conducted an auction between the two groups. After active bidding and an increase of 41% to the initial stalking horse bid, the competing group was deemed the winner. The bankruptcy court approved the sale and closing occurred two weeks later, ensuring going concern value and recovery for the estate was maximized while providing continued employment for over 60 people, including ownership.