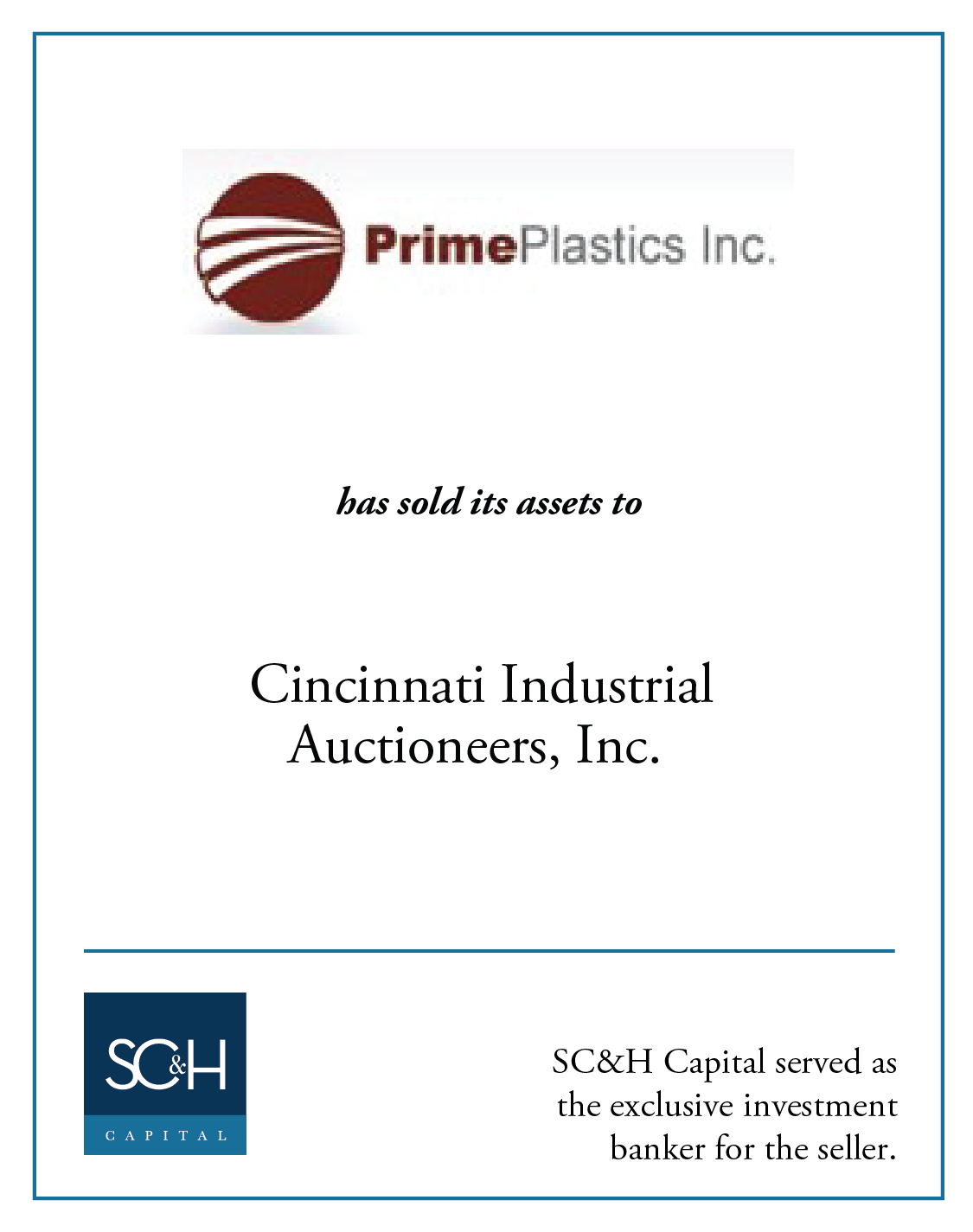 PRIME PLASTICS, INC. – This plastic blow molding manufacturer experienced embezzlement from a former manager, leaving unpaid employee withholding taxes. This resulted in significant fines and levies from the IRS on the Company’s bank accounts, receivables and customers, which resulted in the company filing for chapter 11 bankruptcy protection and losing all but one customer. SC&H Capital was retained to maximize value for the estate by attempting to find a buyer for the company. Midway through the process, SC&H Capital had identified two groups interested in purchasing the company as a going concern and four groups interested in the equipment. But, a chapter 11 Trustee was appointed to take over management of the company and made a decision to shut down operations and let all employees go. The Trustee assumed SC&H Capitals’ agreement and, together, we continued negotiations with all groups identified. An auction was conducted and resulted in a sale of the equipment at a price going concern prospects were offering prior to the business closing down.