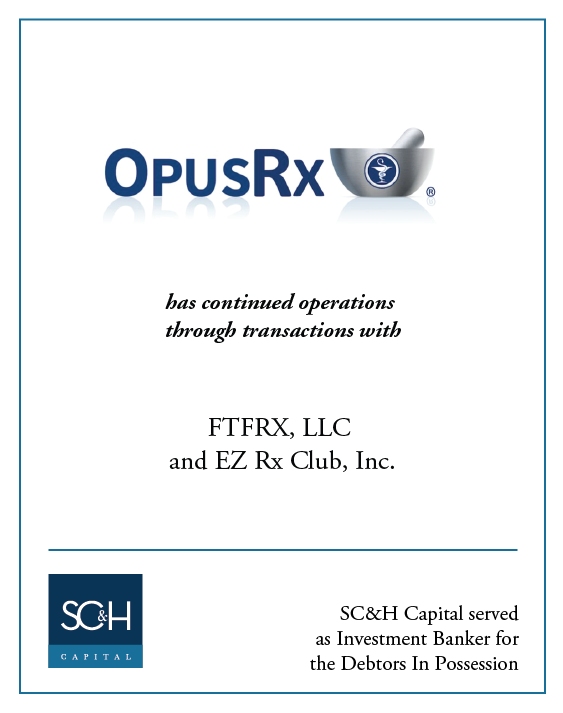 Opus Management Group – Opus Management Group and five related retail pharmacies capable of compounding prescriptions had filed chapter 11 protection in response to being included in a larger state and federal investigation regarding improper billing practices. Although no evidence of wrongdoing was found, the investigation made it impossible for operations to continue in its current state. SC&H Capital was retained to quickly market the assets in an attempt to maximize going concern value through a sale.

SC&H conducted a worldwide marketing process and negotiated a stalking horse bid for the majority of the assets. SC&H was able to solicit additional bids for the remaining assets, and after conducting an auction among qualified bidders, substantially all of the assets were sold to FTFRX (a newly formed entity related to previous shareholders) and EZ Rx Club, an independent operator. Four of the five locations remained open and employees were retained, capturing going concern value and maximizing recovery for the estate.