Mattison Technologies, Inc.  has continued operations through transactions with Devlieg-Bullard and a Private Real Estate Investor 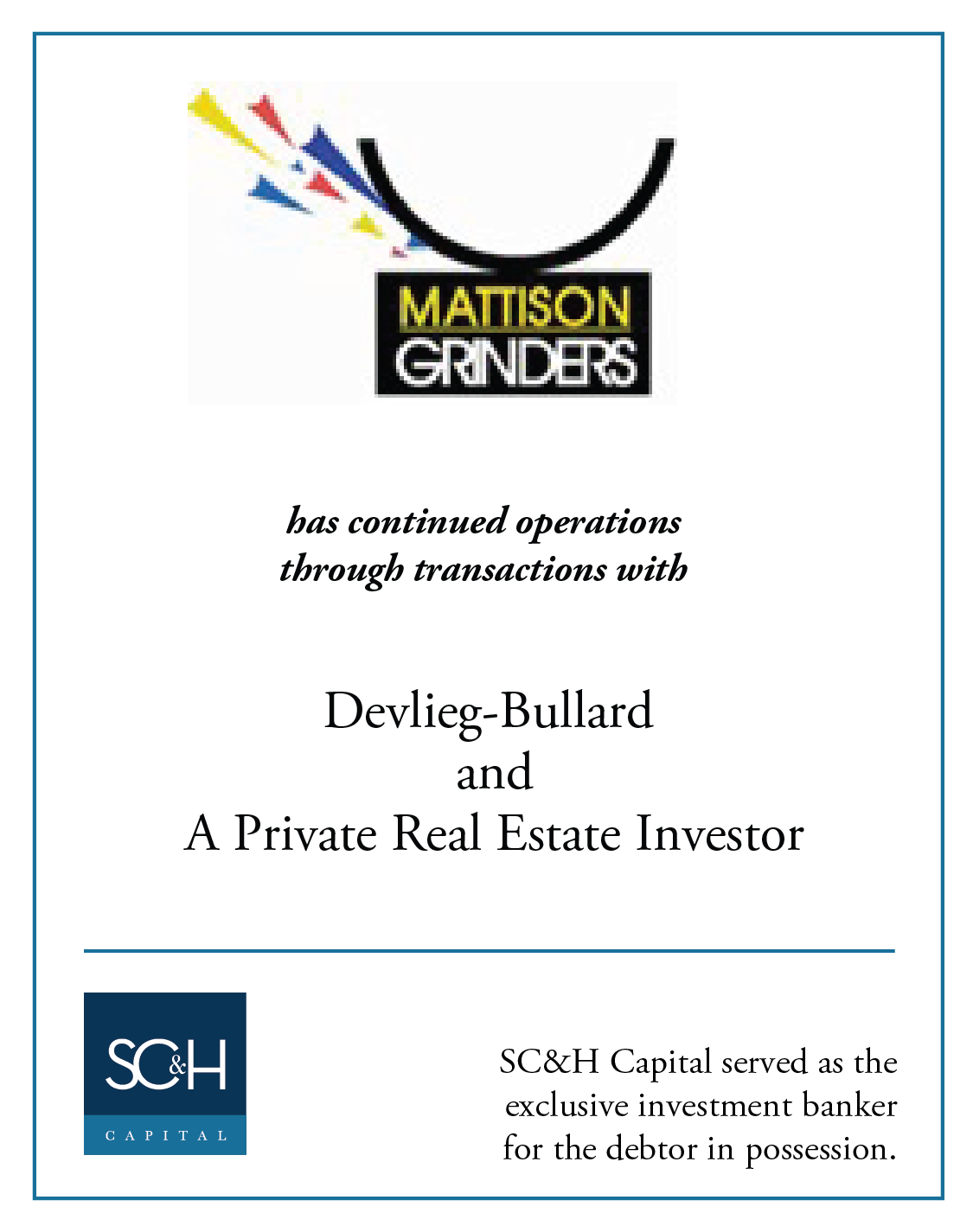 Mattison Technologies – After a 100-year history of producing woodworking equipment, Mattison had shifted to large grinders for automotive OEMs. Low-cost Japanese competition made domestic production of grinders a money-losing proposition, and it was discovered the company’s real estate was environmentally challenged. SC&H Capital was retained with support from the Unsecured Creditors Committee, hoping to find value above liquidation estimates.

Within five weeks, SC&H generated four offers that were almost double the liquidation estimates. SC&H believed that much of the value was in the Mattison name and product drawings because the repair and parts business for the thousands of machines in the field could be very lucrative.

SC&H conducted an auction among qualified bidders in bankruptcy court, and by offering intellectual property independent of certain hard assets, the bidding further increased the purchase price by over 30% to a value more than 2.6 times the estimated liquidation value. Two transactions were approved:  a sale for the environmentally challenged property to one buyer, and a transaction for the rest of the operation to publicly-traded Devlieg-Bullard, who would no longer build new Mattison grinders but complete repairs, rebuilds, and provide replacement parts for the machines in the field.