Independent Wholesale Inc. has continued operations through a transaction with Corr-Williams Company 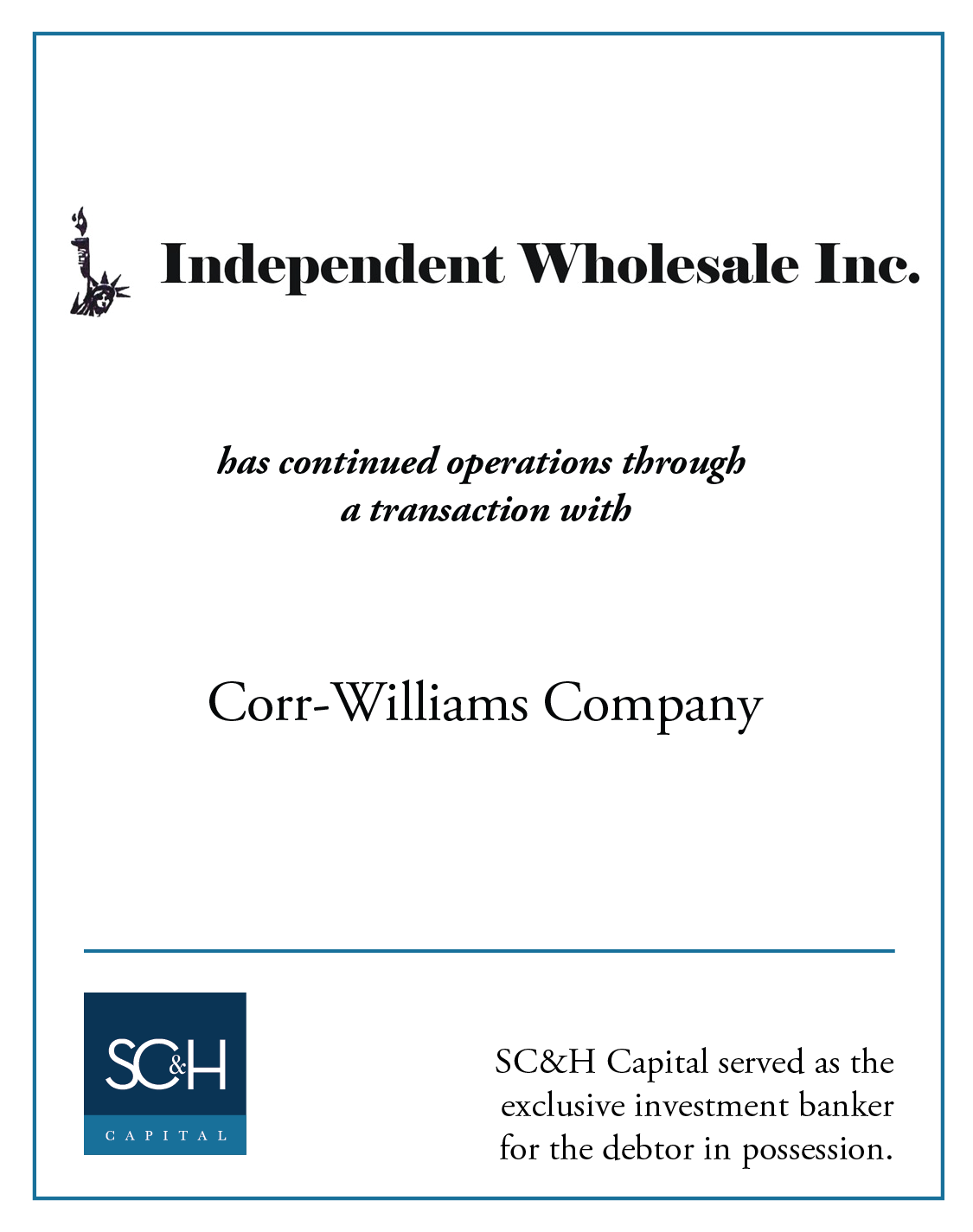 Independent Wholesale Inc.  – After a significant theft and mounting losses, this convenience store distributor’s relationship with its secured creditor deteriorated.  Independent was forced to seek chapter 11 protection, and with very limited liquidity, the company’s ability to service its customers was in jeopardy.

With liquidation looming, SC&H Capital was retained and quickly generated three going concern bids. After a competitive auction among these groups, the business was sold to a strategic buyer, jobs were retained, and operations continued with minimal disruption.