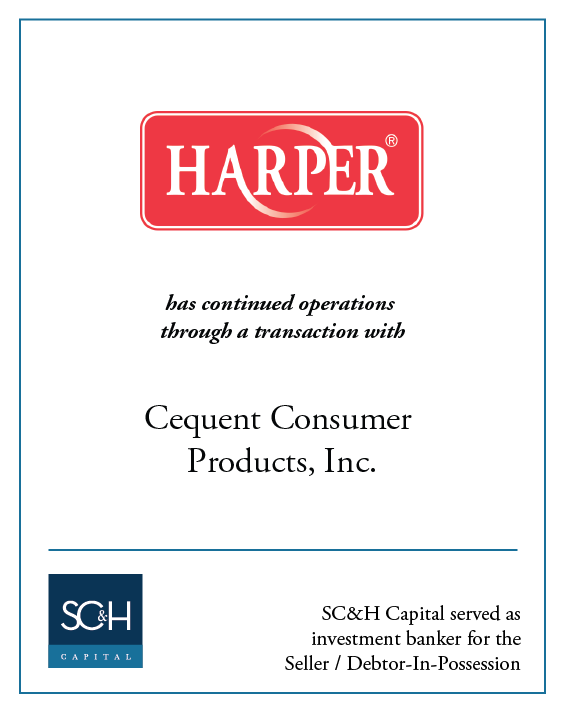 Harper Brush Works, Inc. – SC&H Capital was retained in the U.S. Bankruptcy Court for the Southern District of Iowa as the exclusive investment banker for this 112-year-old brush and broom manufacturer.  The company had seen its revenues gradually decline over the years, resulting in significant monthly losses.  SC&H’s charge was to quickly find a buyer for the business before it was forced to shut down.

More than 115 groups executed confidentiality agreements and reviewed an exhaustive data room. SC&H brought fourteen groups to visit the plant and meet with management.  Within two months of its retention, SC&H named a stalking horse and scheduled a going concern auction. Six groups qualified to bid and a robust auction took place.  Following more than twenty-five bids, Cequent Consumer Products, Inc. was named the successful bidder at a price approximately double the initial stalking horse bid.  Nearly all employees were retained and the plant continues to operate.