Dixie-Southern Arkansas, LLC has sold all of its assets to Maynards Industries, BidItUp and CIA Company 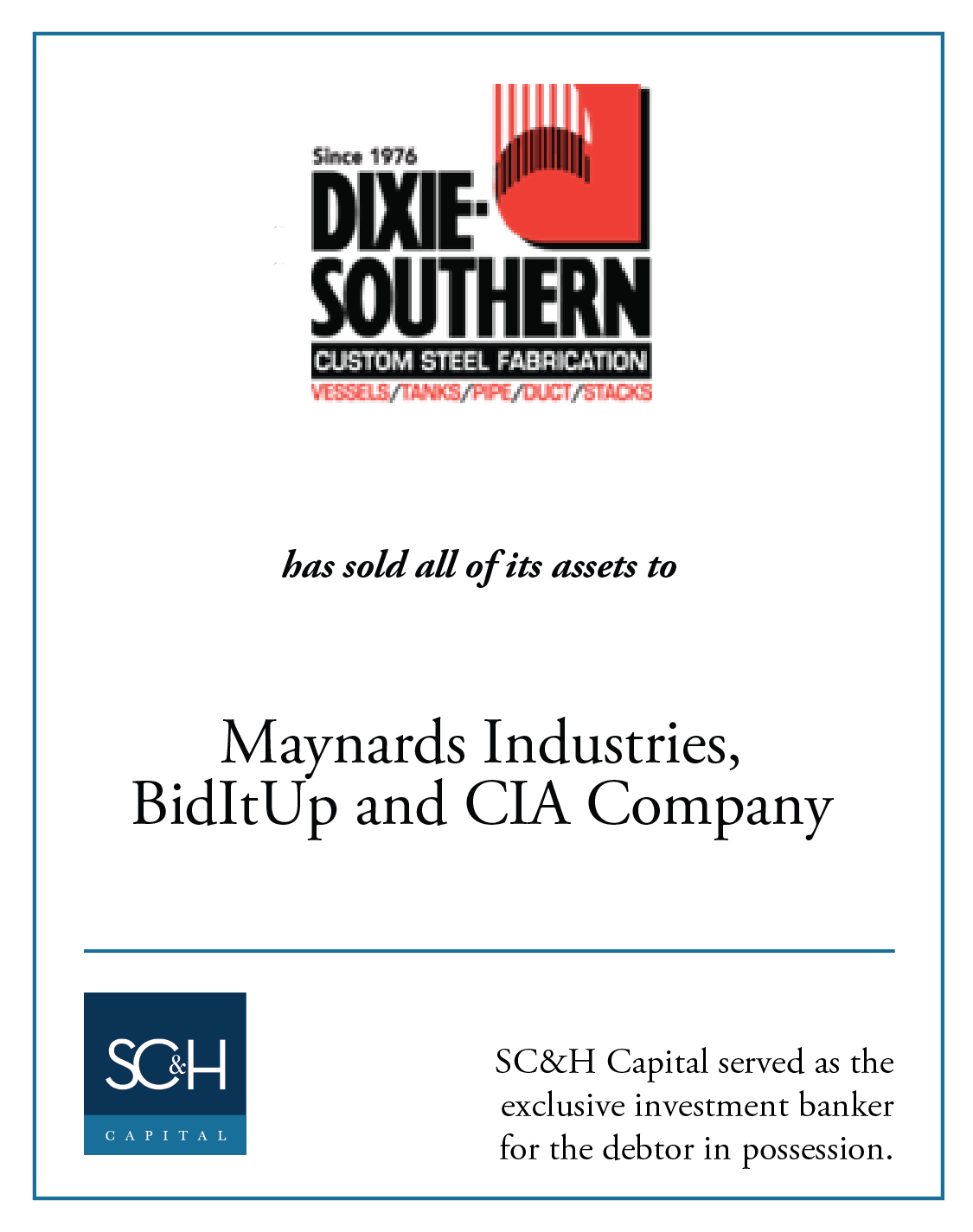 DIXIE-SOUTHERN ARKANSAS, LLC – The parent company of this custom steel-fabricator of large and heavy ASME code vessels, tanks, pipe and other mechanical components had purchased the assets in Arkansas as a way to expand operations and provide a more centrally located facility to ship from. After a successful first year, the second year was riddled with production issues that resulted in a significant loss and ultimately impacted the viability of the Florida operation. Ownership decided to divest the Arkansas facility.

SC&H Capital was retained and quickly generated significant interest. Through a competitive auction with 4 qualified bidders, the highest value for the company was achieved after 22 rounds of bidding and the assets were sold in bulk for a piecemeal liquidation. The secured creditors were paid in full and operations in Florida were able to continue.