Daytona Beach Investment Fund, LLC/The Inn on the Beach has continued the operations through a transaction with Humphrey Realty Corporation, Inc. 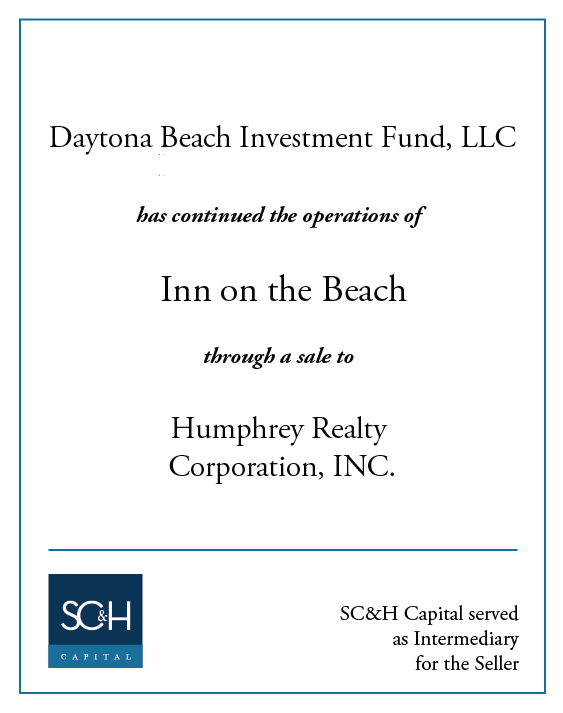 The Inn on the Beach: SC&H Capital was retained by Daytona Beach Investment Fund, owner of The Inn on the Beach, shortly after it filed for chapter 11. The Inn on the Beach is a 198-room, beachfront hotel in Daytona Beach, Florida. Its planned conversion to a “condotel” had fallen apart, leaving the hotel under-occupied and falling into a state of disrepair. Prior to SC&H’s involvement, the sale process was extremely chaotic, with realtors representing below market buyers, pestering the owners, and nobody looking out for the best interest of the estate. SC&H conducted an exhaustive marketing campaign which led to three offers within 60 days. SC&H’s efforts resulted in an auction in bankruptcy court where the hotel was sold for roughly 20% more than the best initial offer.