Creative Loafing, Inc. has continued operations through a transaction with  Atalaya Capital Management 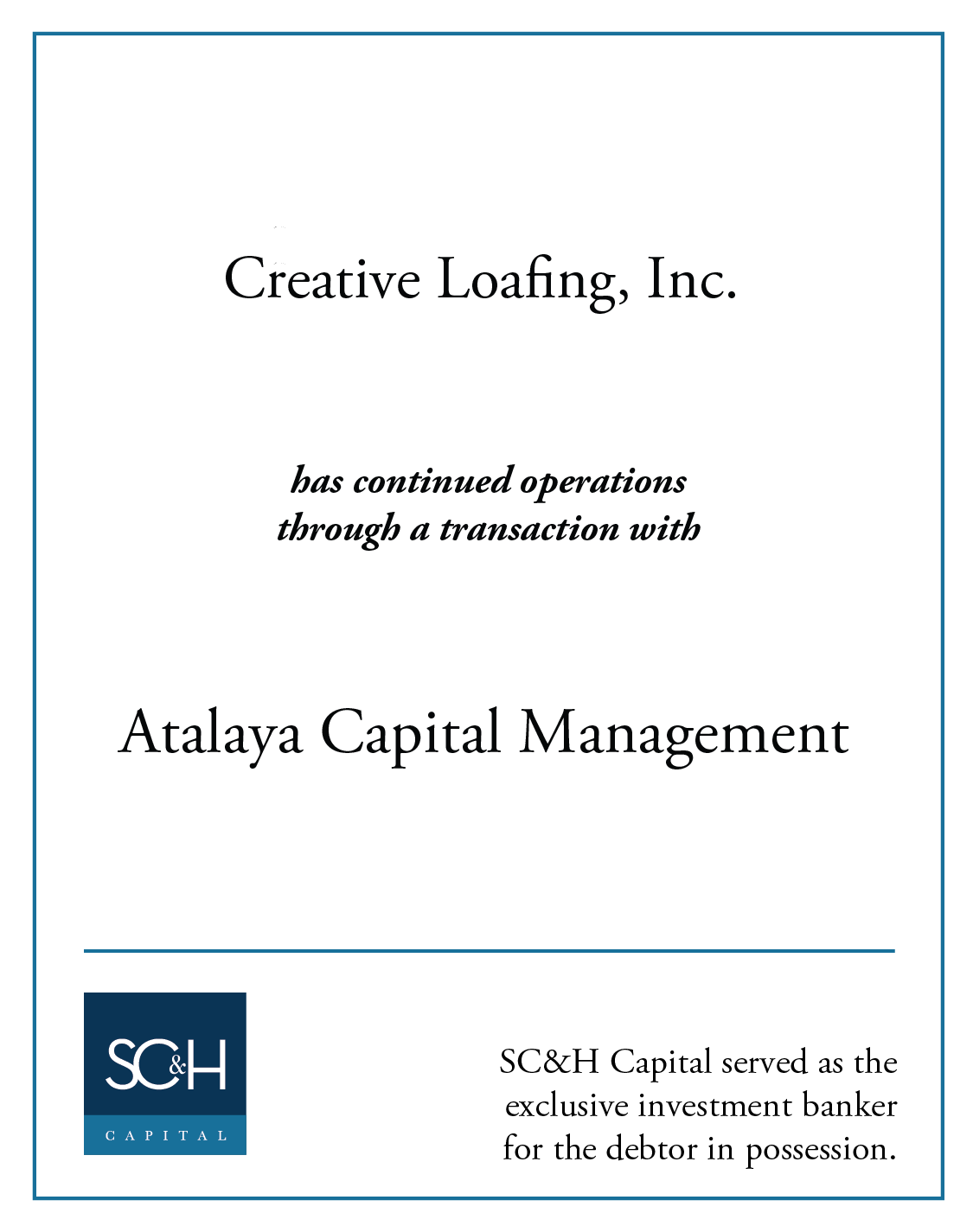 Creative Loafing, Inc. – Based in Florida, the company published alternative papers in Charlotte, Tampa, Atlanta, Washington, and Chicago and, with more than $40 million in secured debt, was forced to file for chapter 11 protection. Its hedge fund lender wanted to credit bid to gain possession of its collateral. The long-time ownership group had fostered a grassroots campaign to support ownership as the best buyer for the assets based on a unique “public interest” argument.

The lender, meanwhile, could not trust any process run by the debtor. The dispute raged on, and the bankruptcy judge suggested that SC&H Capital be retained as an independent bid examiner to ensure the process was fair, to evaluate the competing bids, to conduct the final auction between the two, and to make a recommendation to the court.

With the respect of the debtor’s professionals, the lender, and the court, SC&H was able to credibly and fairly oversee the distribution of diligence information, listen to ownership’s arguments about the value they added through favorable leases and other consideration, level the playing field, and conduct the auction in a credible manner to resolve the dispute.

Based on our oversight of the process, the lender successfully credit bid in a manner that made clear they were the highest and best offer. SC&H recommended the court approve the sale to Atalaya, resulting in immediate court approval and consummation of that transaction, allowing for continued operations.