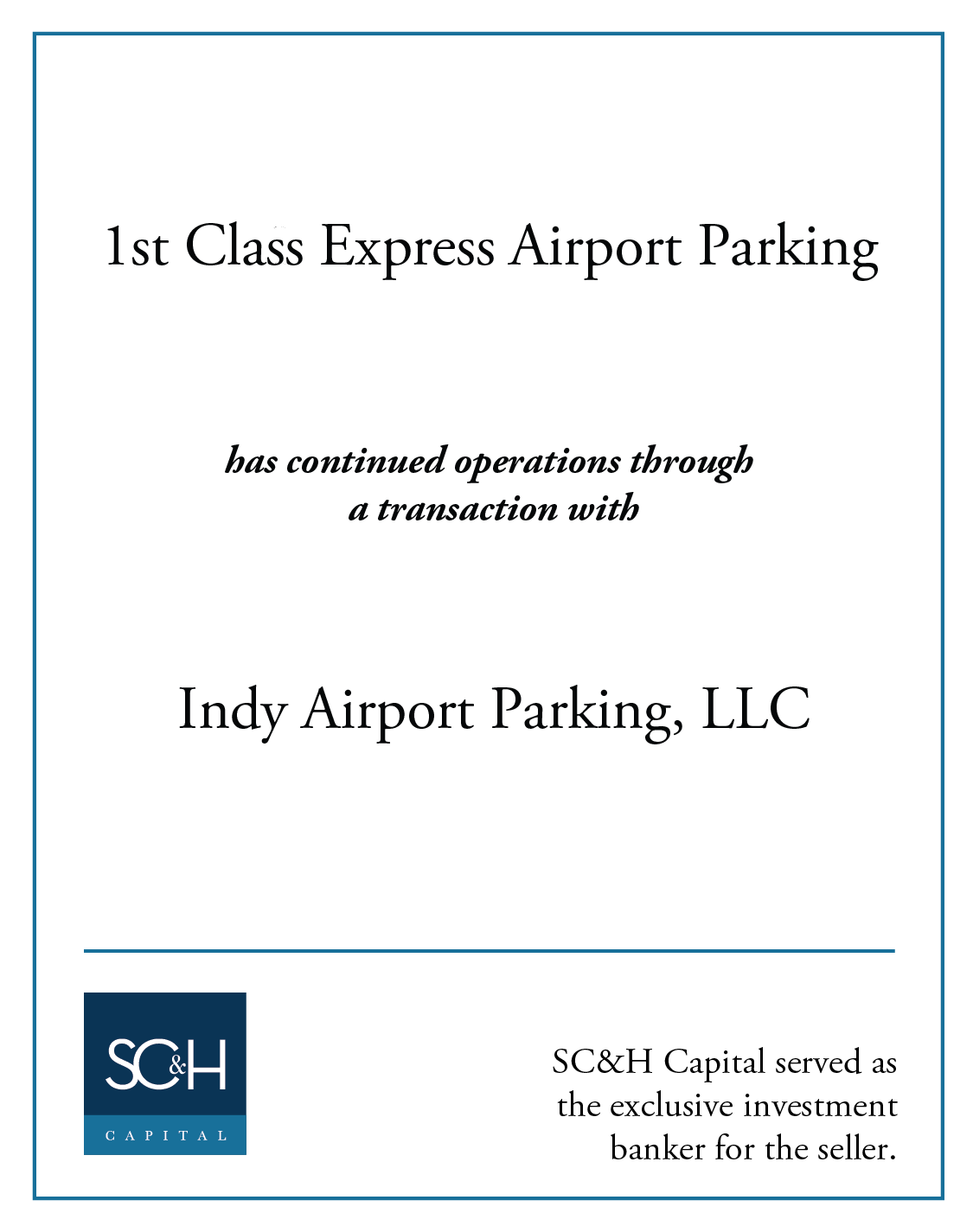 1st Class Express Airport Parking – This off-site airport parking operation retained SC&H Capital to market and sell the business. Developed just two years earlier, the lot was losing money and owned very few assets relative to its debt. The land was under a long-term lease from the Indianapolis Airport Authority, but a new terminal was about to open that would further decrease the value of the lot, and the lease became a liability rather than an asset.

SC&H generated over 80 interested prospects and, within six weeks of retention, received offers from a Connecticut-based company with a competing parking lot in Indianapolis (Indy Airport Parking, LLC) and a national parking lot management firm. SC&H negotiated a 65% increase in price from the original offer, but management refused to consummate the transaction. 1st Class filed for chapter 11 bankruptcy protection, and a receiver was appointed, while SC&H kept both bidders interested. Ultimately, a transfer of control was completed via a sale of the secured lender’s note to Indy Airport Parking, LLC, and an agreement from them to release the shareholder from any personal guarantees in exchange for a peaceful surrender of the assets.