The following SC&H Group blog post discusses a recently filed lawsuit that questions Teachers Investment and Annuity Association (TIAA) practices regarding loans taken by retirement plan participants. The post provides key information to organizations that may be affected, such as those that use TIAA as their retirement plan provider. 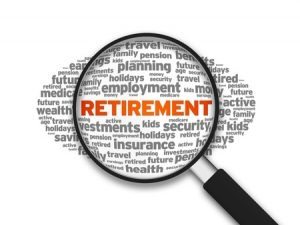 However, a complaint filed against TIAA in the U.S. District Courts for the Southern District of New York is questioning aspects of this practice, arguing that TIAA violated ERISA requirements when it “unlawfully” gained money from interest paid on these loans.

The Argument: Crediting Interest Paid on TIAA Loans
The lawsuit concerns TIAA practices specific to loans taken outside of a participant’s retirement plan. Under these loans, participants borrow from TIAA instead of cashing out investments in their retirement account. Retirement balances are used as collateral until the loan is paid back.

The plaintiff is arguing that in a typical loan process, plan participants are considered to have invested a portion of his or her account in the loan, as the loan proceeds are derived from liquidating the participant’s investments. Essentially, the loan becomes a fund in which a participant invests, so the participant earns all the interest paid on the loan.

In the case in question, TIAA is alleged to have credited only a portion of the interest paid on the loan to the plaintiff’s accounts.

Thus, the plaintiff is arguing that TIAA’s loan process violates ERISA 502(a)(2) and 502(a)(3) because it is an act of self-dealing. Effectively, the process earns additional income equal to the spread between the loan interest rate paid by participants and the interest rate received by participants for investing in the Traditional Annuity.

Implications for Plan Sponsors and their Employees
The lawsuit argues that TIAA is inappropriately retaining interest from not only the plaintiff, but also investors across the country, with ill-gotten gains exceeding $50 million per year.

Therefore, the plaintiff is seeking class action status on behalf of Washington University Plan participants and other similarly situated retirement plans. The proposed class could include hundreds to thousands of retirement plans.

It should be noted that TIAA has denied any wrongdoing, noting in a statement to PlanSponsor that “The participant loan services we provide are for the benefit of participants and beneficiaries, and are fully compliant with ERISA. We will vigorously defend against these claims.”

Want to learn more about the TIAA lawsuit and implications for your organization and employees? Contact SC&H Group’s Not-For-Profit team today for key updates and information.